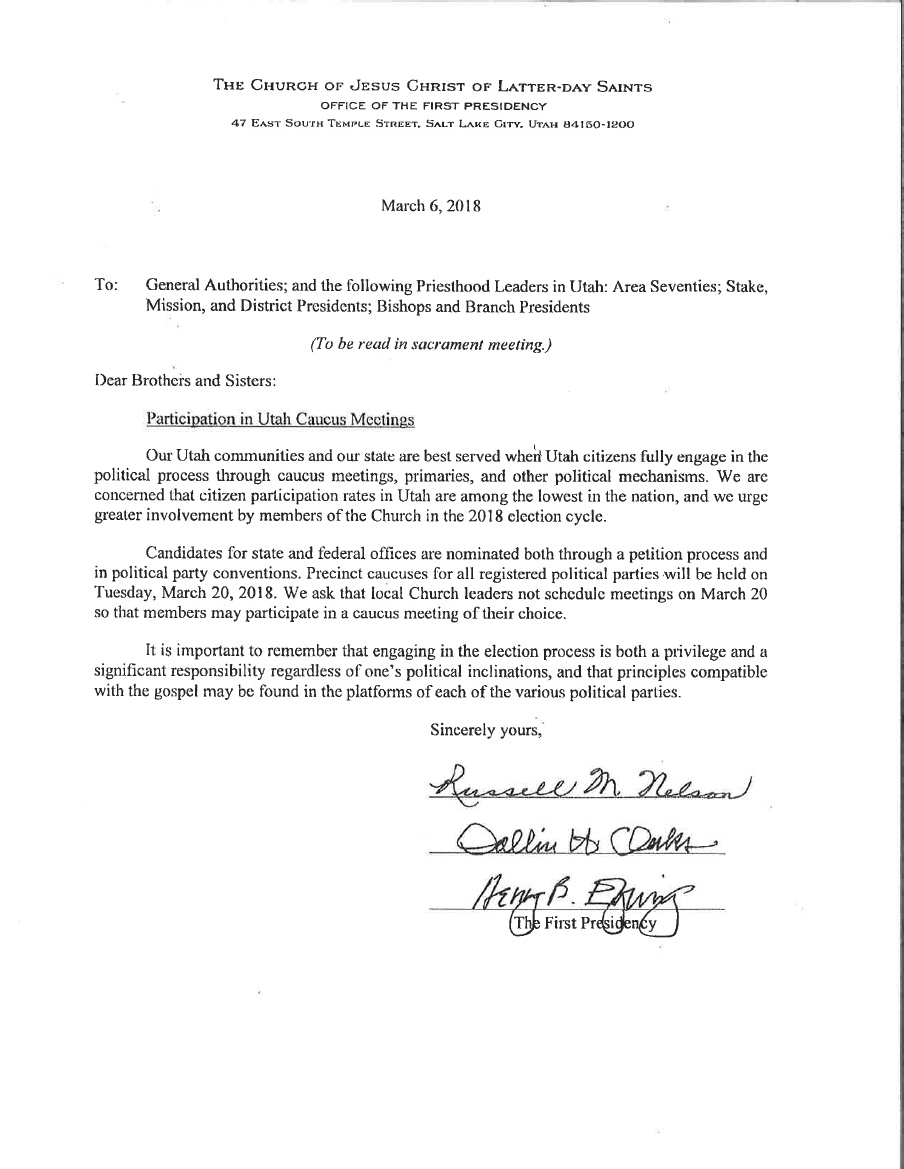 The First Presidency of The Church of Jesus Christ of Latter-day Saints issued a letter to be read to members throughout Utah urging them to be more active in politics, including attending party caucus meetings in Utah next week.

“Our Utah communities and our state are best served when Utah citizens fully engage in the political process through caucus meetings, primaries and other political mechanisms.” the letter stated,  “We are concerned that citizen participation rates in Utah are among the lowest in the nation, and urge greater involvement by members of the church in the 2018 election cycle.”

The letter calls on leaders to not schedule church meetings on March 20, “so that members may participate in a caucus meeting of their choice.”

It concluded with the reminder “It is important to remember that engaging in the election process is both a privilege and a significant responsibility regardless of one’s political inclinations, and that principles compatible with the gospel may be found in the platforms of each of the various political parties.”

See the full letter below: