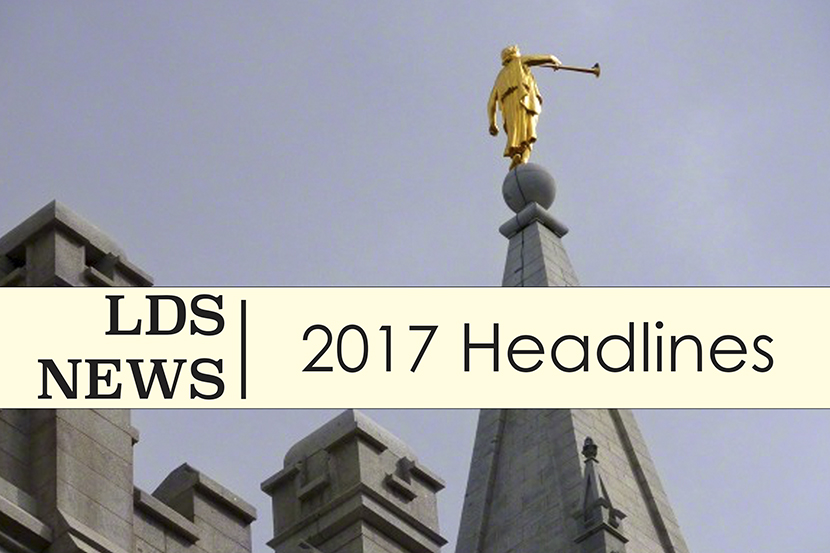 For many Latter-day Saints, 2017 brought much in the way of change and national events.  From major disasters to the Scouting program – here is a list of the major LDS News events over the past year.

Elder Robert D. Hales, who served as a member of the Quorum of the Twelve Apostles since 1994 and as Presiding Bishop of the Church from 1985 until his call to the Twelve, passed away on October 1, 2017 Elder Hales died in between Sunday sessions of October general conference.

The First Presidency announced the creation of a global higher-education organization, BYU–Pathway Worldwide (BYU–PW). The institution will have responsibility for all online certificate and degree programs offered by the Church Educational System (CES).

Quoting an iconic Baptist preacher and a well-known Jewish rabbi, apostle Elder Quentin L. Cook  opened the Black Church Leadership Summit in July at the Princeton Theological Seminary in New Jersey that a “fairness for all” approach to religious freedom is critical because it preserves an important path to a meaningful life.

Sister Reyna I. Aburto, second counselor in the Relief Society general presidency traveled to the Mexican state of Oaxaca to visit with survivors of a recent earthquake. Sister Aburto began her tour in Juchitán de Zaragoza, where she was received by the municipal president, Gloria Sánchez López.

Elder James J. Hamula was excommunicated this year, the first senior church official to be excommunicated in almost 30 years. Elder Hamula was released as a General Authority Seventy following church disciplinary action by the First Presidency and Quorum of the Twelve Apostles in August.

The Church announced in May that the role between the Boy Scouts of America and the LDS Church, the BSA’s largest charter organization and partner for more than 100 years would change. The Church will no longer participate in the Varsity and Venture programs but will continue to sponsor Cub Scouts (ages 8-10) and Boy Scouts (ages 11-13)

Sister Linda K. Burton, former Relief Society general president, announced that the Relief Society organization will update its mission.  She stated “The Relief Society helps prepare women for the blessings of eternal life as they: Increase faith in Heavenly Father and Jesus Christ and His Atonement; Strengthen individuals, families, and homes through ordinances and covenants; Work in unity to help those in need.”

Right after the announcement five years ago that the age of Missionaries would change the number of full-time missionaries surged. In 2017 the Church announced it was reducing the number of worldwide missions to “better fit the needs of each region in the world.”

The Mormon Tabernacle Choir performed “America the Beautiful” at the inauguration of President Donald Trump.  It is estimated that crowd of people in attendance reached 800,000 and the global viewers were in the billions. Of special note – one choir member chose to resign rather than perform – a first in the history of the choir.

Church Acquires Printer’s Manuscript of the Book of Mormon:

Role of Youth in Temple Baptisms to be Expanded:

In a letter to be read at all Sacrament meetings the First Presidency announced that LDS boys and girls with a limited use recommend will have more opportunities to serve in the baptistry of the temple.  The young men will now be able to perform certain ordinances and the young women will assist in ways usually reserved for older women.