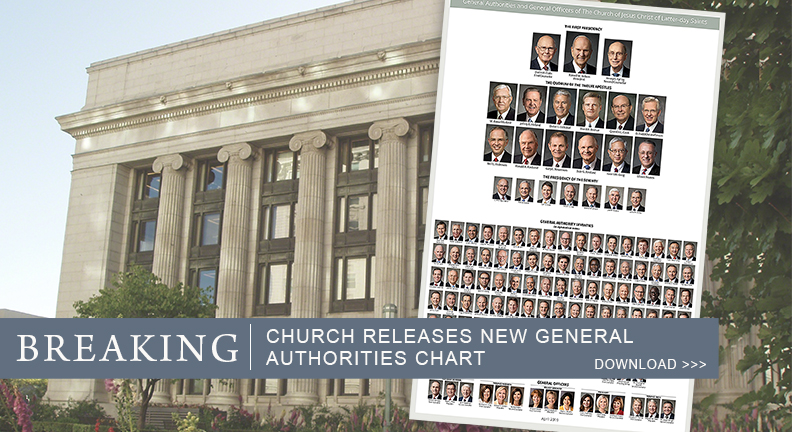 NAUVOO NEWS – Changes to Church leadership are reflected in a new chart of General Authorities and General Officers dated April 2019, available to view or download.

View and download the PDF now. See the printed chart in the conference issue of the May Ensign and Liahona magazines.