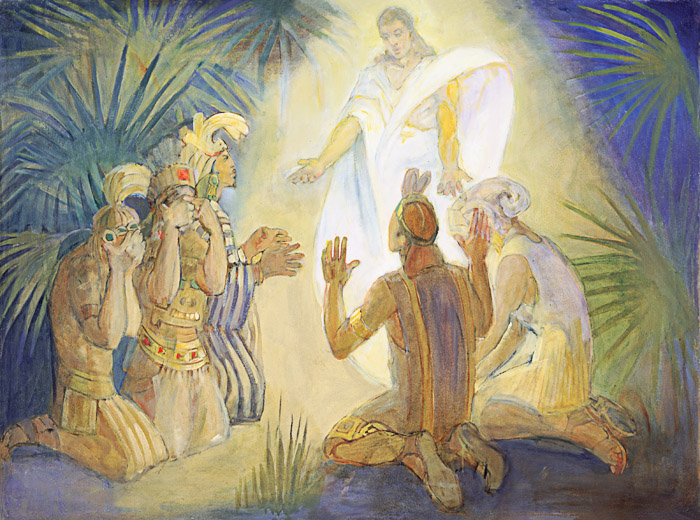 When Latter-day Saint artist Minerva Teichert attended the Art Institute of Chicago and the Art Students League of New York in the early 1900s, mural paintings and theatrical pageants were dynamic components of American popular culture. Young Minerva Teichert embraced these popular art forms and used their dramatic style to tell the stories of her religious heritage and the American West.

Though Minerva Teichert had grown up in rural Cokeville, Wyoming, drama, theater, and cinema had played a significant role in her life. Her love of these art forms continued after she left home. In Chicago she studied drama and dance along with her visual art studies. In New York she helped earn her tuition by performing rope tricks and Native American dances.

Minerva Teichert became captivated by the educational potential of large murals in public buildings and their capacity to be seen by great numbers of people from a distance. During Minerva Teichert’s studies in New York, noted American realist painter Robert Henri challenged her to paint the “great Mormon story.” With that goal she painted many theatrical depictions of Mormon pioneers, the West, and Book of Mormon scenes.

Forty-seven of Minerva Teichert’s large-scale narrative murals are on display at the Brigham Young University Museum of Art in Provo, Utah, from July 27, 2007, through May 26, 2008. Copies of some of these murals and large-scale paintings follow.

Minerva Teichert art is on display in several museums around the country.