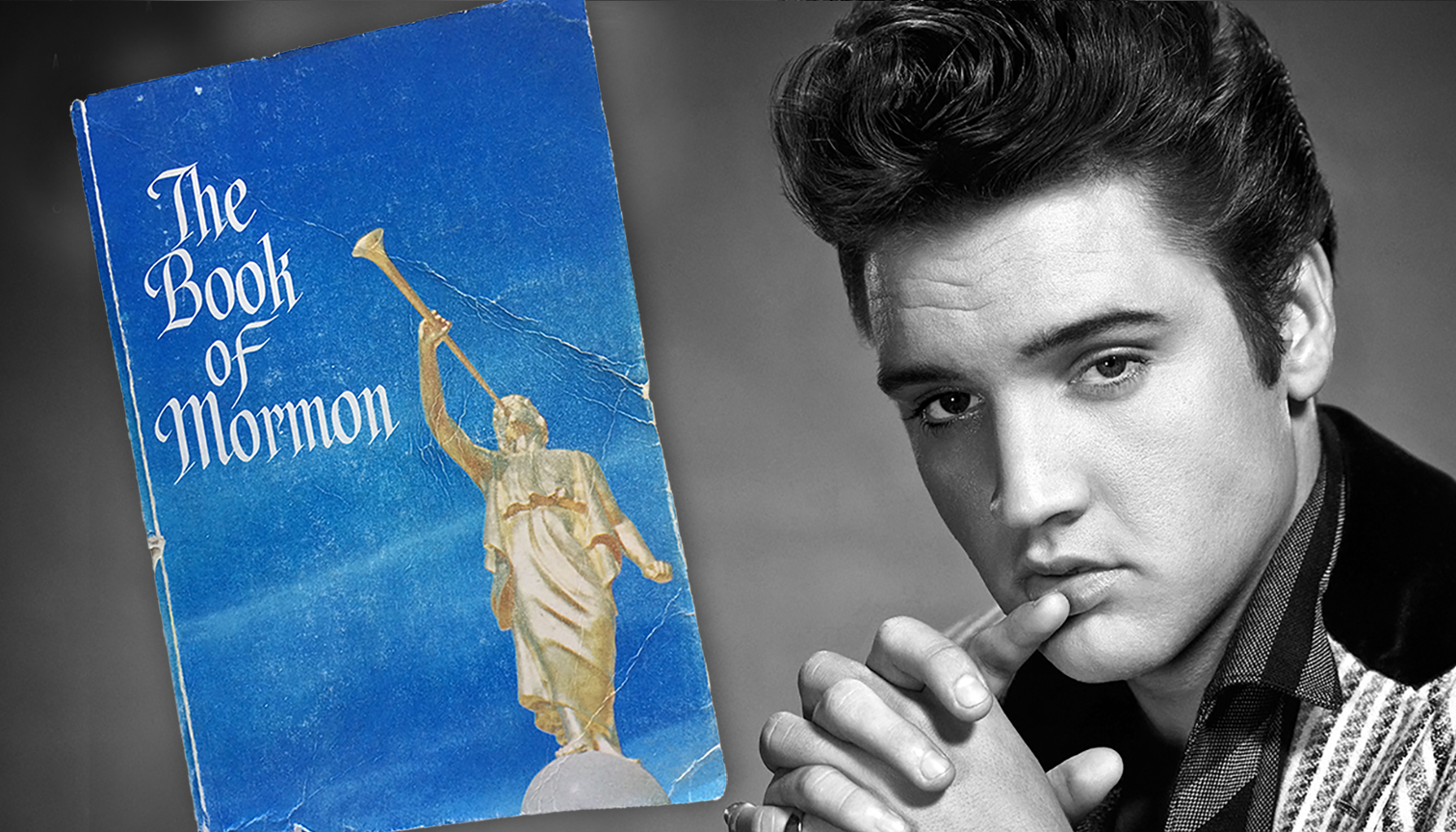 NAUVOO NEWS – BYU is preparing to release its findings in the upcoming issue of BYU Studies.

For almost 30 years, a copy of the Book of Mormon has been preserved in the historical collections of The Church of Jesus Christ of Latter-day Saints. The book was published in 1976 with a soft, light blue cover featuring a golden Angel Moroni. Within the book there are handwritten markings on nearly one of every six pages — the majority are underlining or curved brackets, but three dozen of the pages contain handwritten words. The first page contains the signature “E. A. Presley” and on the last page (in the index) was written, “Father, I want more! I need more now. Help me!” The content and placement of the annotations suggest that Elvis Presley read this copy of the Book of Mormon from cover to cover.

The idea of Elvis Presley cherishing the Book of Mormon has captured the popular imagination of some Latter-day Saints. The story of this book has been told by fireside speakers, classroom teachers, newspaper columnists, and an independent filmmaker. And the story continues to circulate throughout the market for “uplifting” books and social media.

However, after carefully analyzing the historical opportunities for Presley to have read this volume and the handwriting throughout its pages, I affirm that Elvis Presley did not write in this Book of Mormon. A detailed presentation of the analysis with photographic evidence will be published in a forthcoming issue of BYU Studies, but my findings about the book’s history, its forged signature, and its forged annotations are summarized here.

The book’s donor claimed to have given the book to Elvis Presley on Aug. 2, 1977. He died 14 days later, and the book was allegedly returned to the donor who shared it with a few people before it was transferred to the Church in 1989. The last two weeks of Elvis’ life were very busy. His 9-year-old daughter, Lisa Marie, had arrived on July 31 and he entertained her by renting out a local amusement park, screening several films, and spending an evening visiting the family of his then-current girlfriend. The day of his death was supposed to be the day he departed on tour, so much of those two weeks were spent reviewing plans and details, avoiding and reluctantly starting a liquid diet, and playing racquetball once. And, Elvis also reeled from the Aug. 6 publication of a devastating exposé of his prescription drug abuse and violent behavior. It is very unlikely that Elvis read and pondered nearly 600 pages of scripture during these 14 event-filled days.

The signature on the first page of the book is a clear forgery. Elvis signed his full name for autographs, but he did sign with just his initials on formal documents. Despite a general resemblance to his signature, significant differences appear in nearly every letter, the most dramatic being that the “P” is connected to “resley,” a closed-bottomed “s,” and the omission or serious misformation of the second “e” in Presley.