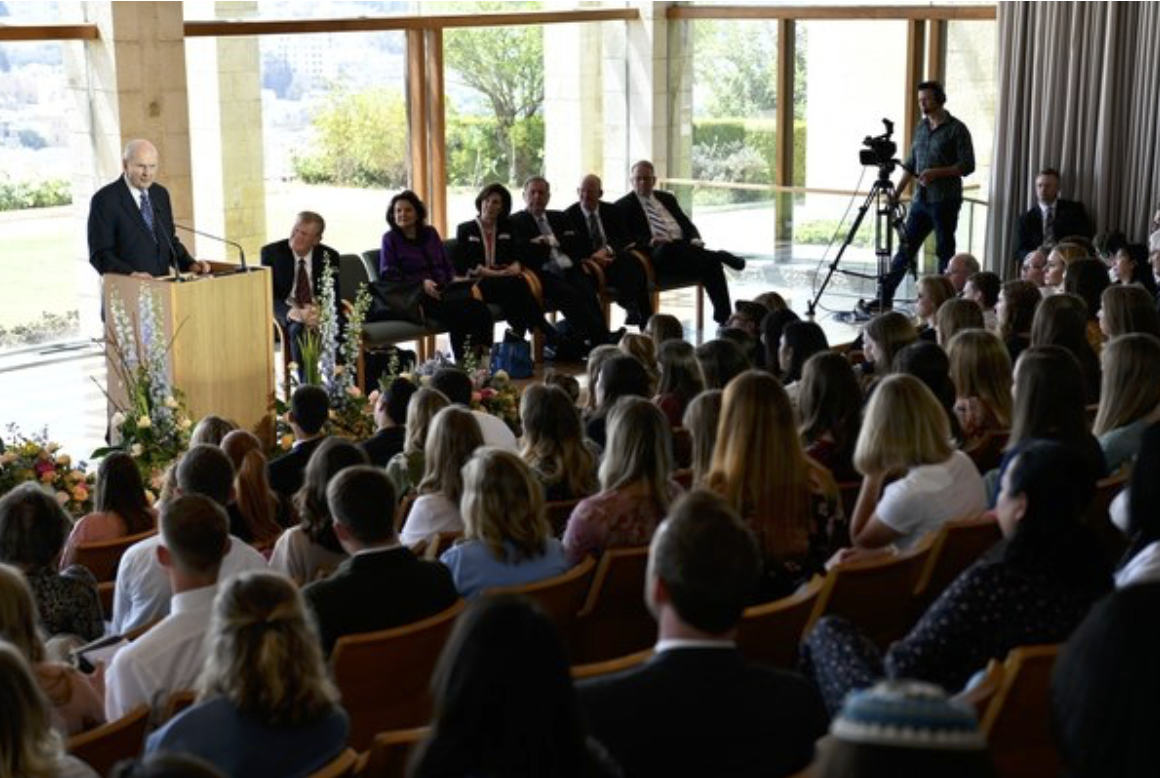 LDS Church President Russell M. Nelson was on the second stop of his world tour, Jerusalem.  He left his scheduled trip due to “concerns pertaining to tension in the region and available airspace,” the LDS Church announced Saturday.

The United States together with France and Great Britain launched airstrikes in Syria early Saturday in retaliation for a reported chemical weapons attack.

“As the new president to the church, I felt that there were two messages that I would like to convey to our people,” President Nelson told a group  Saturday gathered at Brigham Young University Jerusalem Center. “One is that Jesus is the Christ and he has a message for all of God’s children. And the second is that his is a global invitation. We invite all of God’s children to come unto their savior.”