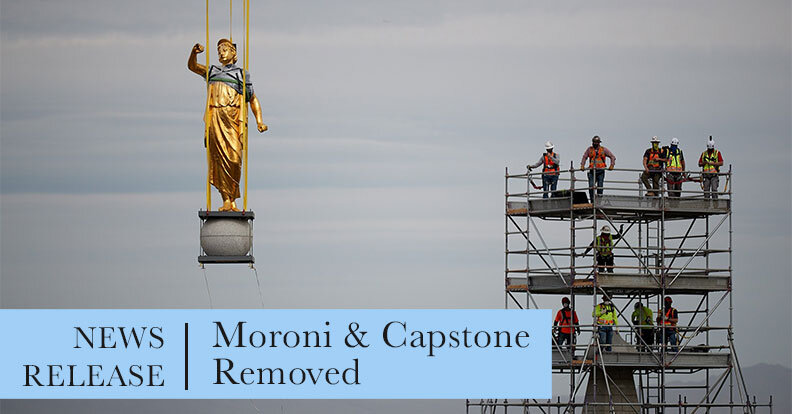 Daniel Woodruff, spokesperson for The Church of Jesus Christ of Latter-day Saints, released the following statement to the media:

This morning, crews on Temple Square are working to remove the angel Moroni statue and capstone which stand atop the Salt Lake Temple. This has long been planned as part of the temple renovation, but the timeline to do so was accelerated following the earthquake in March. The statue and capstone will be preserved and refurbished before being reinstalled at a later date. Work also continues to remove stones from the upper spires of the temple for preservation during the project. Those stones will be reinstalled in the future. 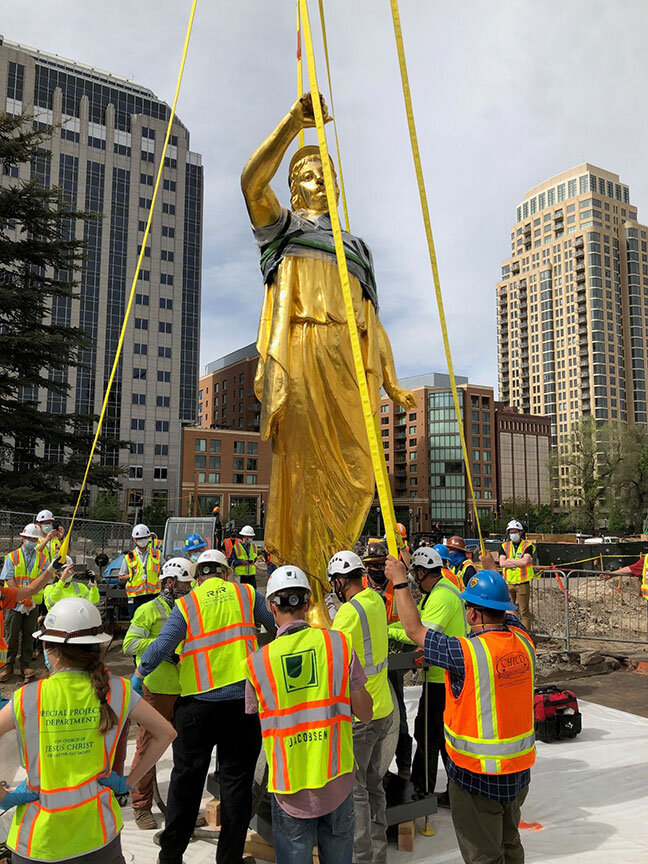 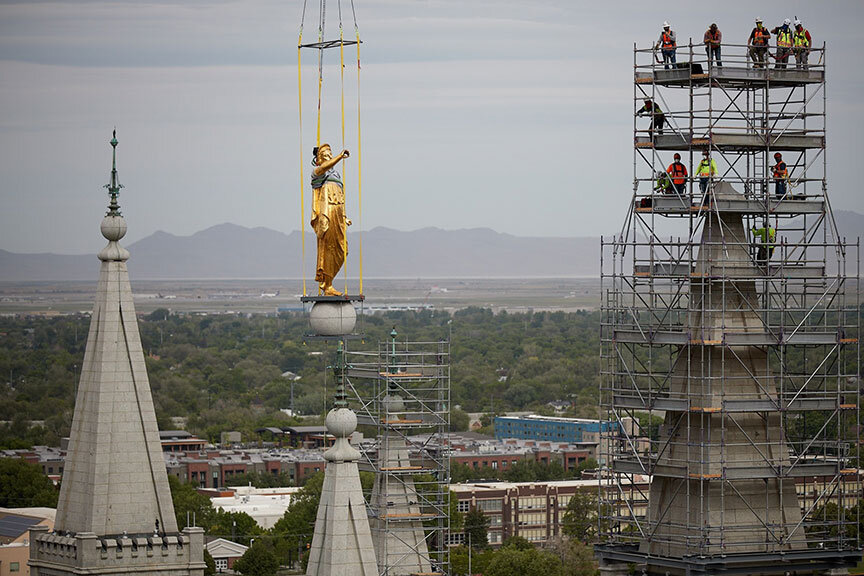 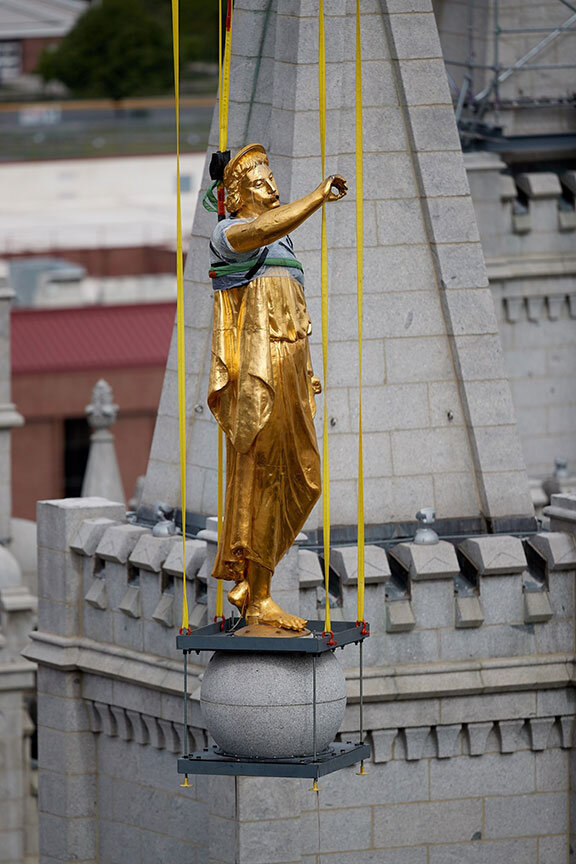 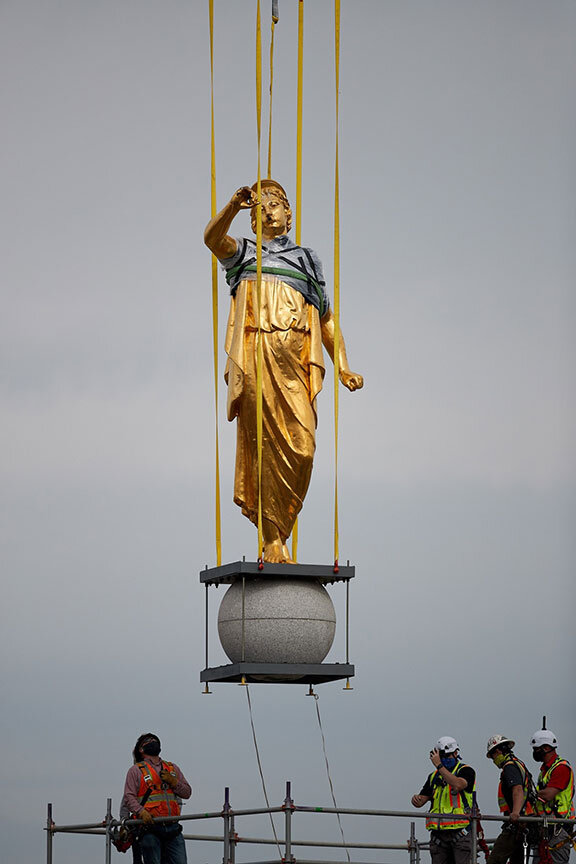 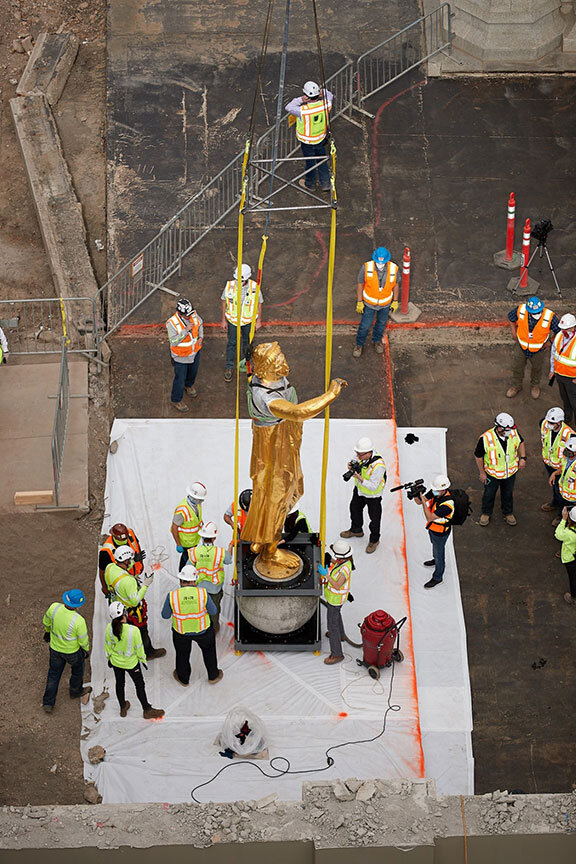 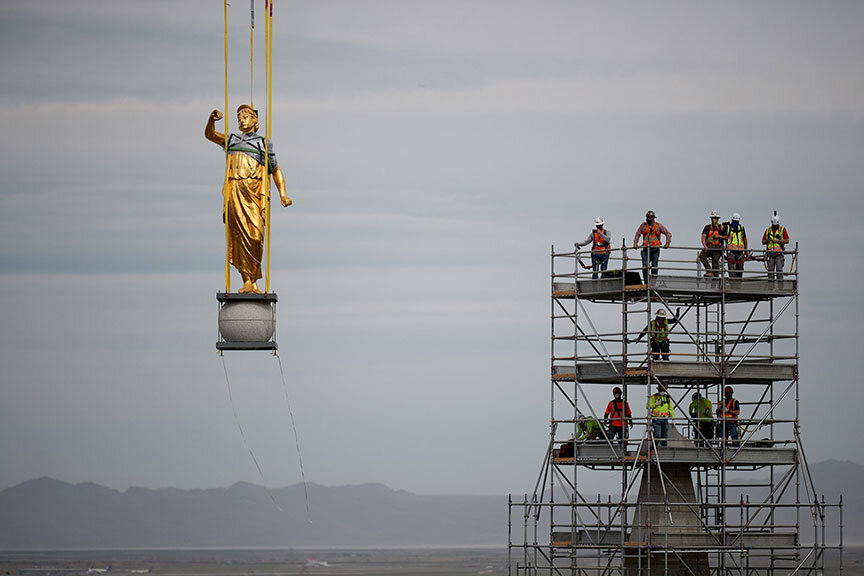 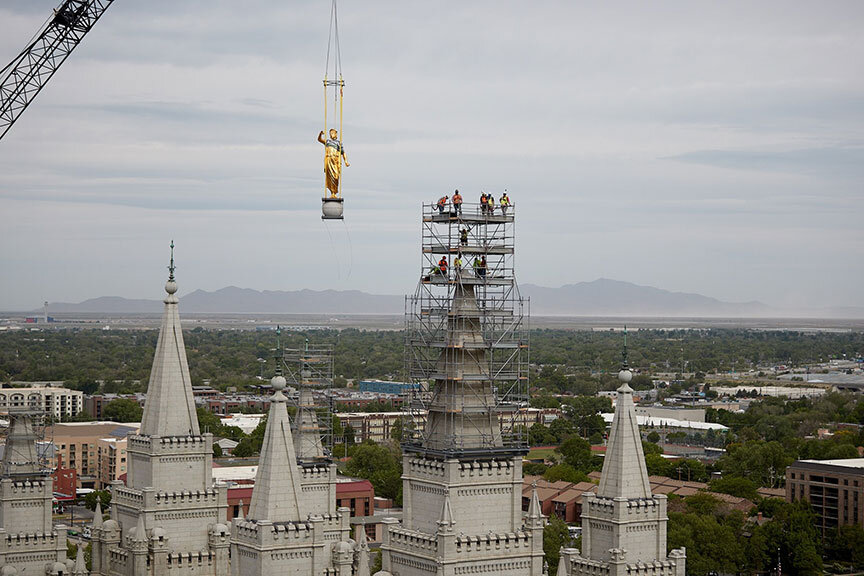 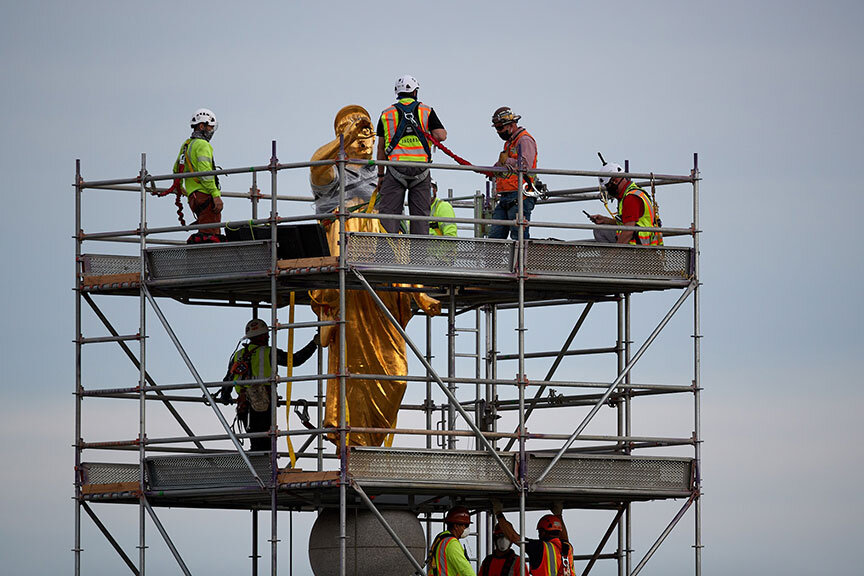 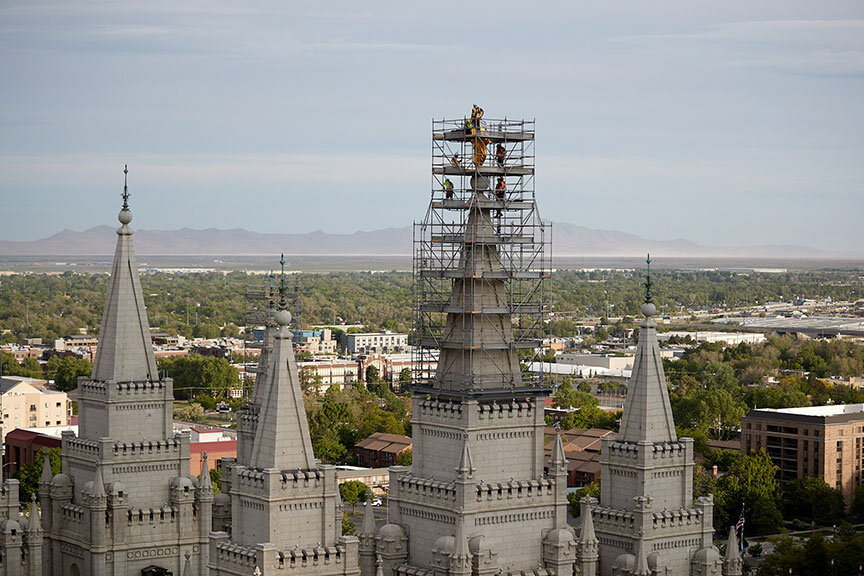