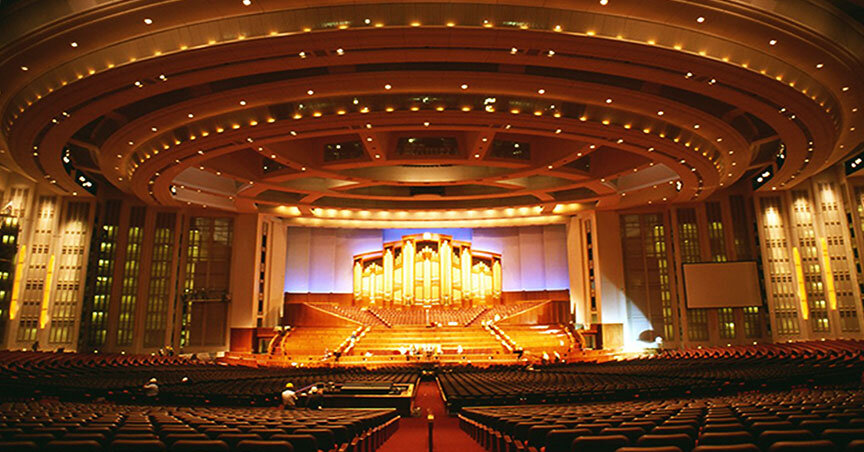 While concerns surrounding the worldwide pandemic have led to cancelled and postponed events around the world, the 190th Annual General Conference of The Church of Jesus Christ of Latter-day Saints will go on—available entirely online and across radio waves for the first time.

Previously, President Russell M. Nelson described the upcoming April general conference—which occurs during the bicentennial of the First Vision—as “different from any previous conference” and encouraged us to prepare for it accordingly (see “Closing Remarks,” Ensignor Liahona, Nov. 2019, 122).

Referring to April’s unprecedented conference, the First Presidency stated, “Messages of truth, hope, and inspiration will prevail as we commemorate the Restoration of the gospel of Jesus Christ and seek to hear Him” (First Presidency letter, Mar. 19, 2020).

Consider these ways to view or listen live on Saturday and Sunday, April 4–5, and any time after conference at your convenience. Invite others to tune in as well to hear messages from the Lord.

5 Ways to Watch or Listen to Conference Live

To select a language or subtitles on a mobile device, while the video is playing:

iOS: Tap on the video screen, select the language icon at the bottom right, and select audio/closed-caption language.

Android: Tap on the video screen, select the language icon at the bottom left, and select audio/closed-caption language.

BYUtv app. Download the app for iOS and Android devices in English.

Latter-day Saints Channel on Roku, Apple TV, Fire TV, and Android TV. Search for “Latter-day Saints Channel” in your app store. Audio is available in Cantonese, English, French, German, Italian, Japanese, Korean, Mandarin, Portuguese (Brazil and Portugal), Russian, Samoan, Spanish, Tagalog, and Tongan. Closed captions are available in English, Portuguese, and Spanish. To select a language or subtitle on your device, while the video is playing:

Roku: Press the * (star) button, go to Audio Track, and use the arrow to find the desired language.

Fire TV/Android TV: Press down on the D-pad, arrow left to Video Settings, and select the desired language.

Audio is available in English through various radio and internet radio stations throughout the world, including BYUradio (online and SiriusXM) and KSL Newsradio. For a complete list, visit bonneville.info.