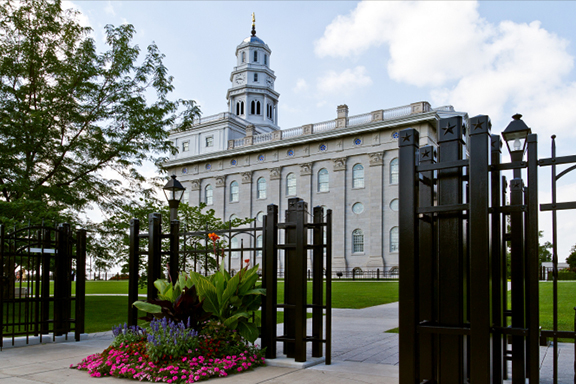 NAUVOO, Illinois — The 2019 Nauvoo Pageant preparations are already underway.  Eight hundred volunteers join with a production crew of more than 100 people to present the Nauvoo Pageant each year.  It tells the story of early members of The Church of Jesus Christ of Latter-day Saints in Nauvoo, Illinois.

The play tells the story of Mormons who, in 1839, fled to Nauvoo to escape religious persecution. Within five years, the people transformed a swamp in Illinois into a city that rivaled Chicago in size and population.

The script is based on actual journals and historic records from the 1800s.

“There’s music and dance and wonderful entertainment,” said the pageant’s artistic director and writer, David Warner. “Best of all, there are inspirational stories of real people who faced life’s challenges with great optimism, industry and faith.”

The volunteers who have helped with the production come from all over the United States as well as from Canada and the United Kingdom. More than 175,000 hours of volunteer service have been contributed.

The show premiered last summer and approximately 3,000 people attended each performance. Attendance is expected to increase this year.